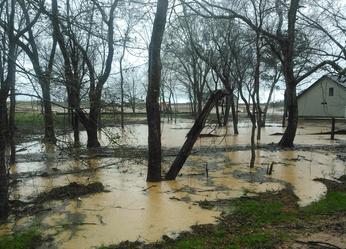 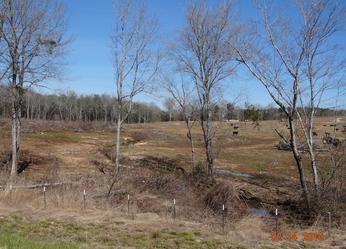 CRK patrols via land water and air to monitor conditions that impact water quality and water resources and to respond to citizen complaints. Patrol information is used to file complaints with responsible parties and agencies and to document permit violations for possible legal action. Aerial image shows mud in stream from construction and the other image destruction of wetlands for grazing operation. All aerial pictures are courtesy of Southwings. 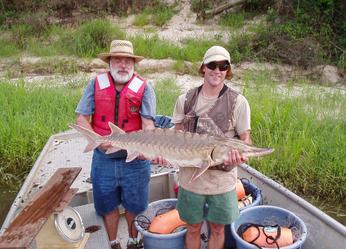 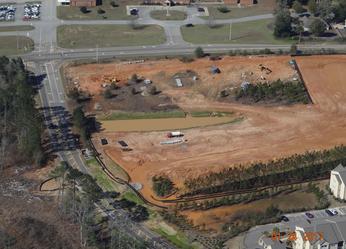 CRK conducts several different monitoring efforts. Chemical monitoring is done at 50+ sites 6 times a year to assess water quality trends. Bacteriological monitoring is performed at around 20 sites several times or more each swimming season. From time to time stream bioassessments are performed on streams in the river basin. CRK also from time to time volunteers with agency efforts such as sturgeon work. The pic shows a 138-pound sturgeon with Choctawhatchee Riverkeeper Michael Mullen on the left and Ken Weathers a state fisheries biologist. The results from bacteriological monitoring can be accessed via the SWIM Guide and other data is available on the Alabama Water Watch website (see Resources Section)

Choctawhatchee Riverkeeper (CRK) uses a variety of programs in its efforts to protect and restore the Choctawhatchee River and its watershed. These including patrolling the river basin, response to citizen concerns and complaints, water quality monitoring, review and response to pollution reports including legal action, influencing agency policy and actions, improving recreational experiences as well as a variety of educational efforts.

CRK reviews discharge monitoring reports (DMRs) and noncompliance reports (NCFs) to detect discharge permit holders with permit violations. When there are repeated violations over time CRK may decide to file a notice of intent to sue (NOIS) under the citizen suit provisions of the Federal Water Pollution Control Act (commonly referred to as the Clean Water Act).

CRK has worked independently and with other organizations to influence agency policy. CRK efforts helped lead to reclassification of almost all main river and tributary segments under a swimming classification. CRK worked with other Waterkeepers to extend the recreational season. And, with help from other organizations CRK played a lead role in stopping a dam proposed for the Little Choctawhatchee River.

CRK helped to create a Wiregrass Canoe and Kayak Facebook page and works with the Alabama Scenic River Trail to improve access, address safety concerns and promote recreational use of the river and its tributaries.